Get acquainted with our work. The Growth of Compact Modular in APAC

Compact Modular sales (and hence disaggregation) have historically lagged in APAC versus the rest of the world, so APAC’s sudden and extraordinary growth over the past few quarters means that something has changed and deserves a closer look. Get ready for the 2021 rollout with commentary from Inphi, Arista, and Microsoft on evaluation results and plans for rolling out 400ZR in 2021. Overview and analysis of Nokia’s fifth generation of coherent DSPs, the PSE-Vs, and PSE-Vc.

Cignal AI updated the 2020 optical and packet transport hardware forecast with our best estimates of the impact of COVID-19.

The Optical Fiber Communications Conference is the most significant industry trade and technical show for optical communications. In preparation for the event, Cignal AI has compiled a list of what to watch at OFC and what announcements to expect.

Expanding Our Market Research to Include Packet Networks

Cignal AI invites you to attend an overview presentation about the expansion of Cignal AI’s optical hardware research to include comprehensive coverage of packet switching and routing in service provider transport networks. Andrew Schmitt gave a presentation on July 30th, 2019 during the Optical Internetworking Forum quarterly meeting. He was asked to give a brief overview of emerging pluggable coherent technologies and the opportunity this new market presents. Scott Wilkinson and Andrew Schmitt gave presentations about 5G and 400ZR during the OFC2019 Marketwatch program. Download a copy of their slides.

The 2019 Optical Fiber Conference is less than a month away. Cignal AI’s analysts have compiled a list of predictions and expectations for what we expect to see from vendors and other OFC participants. Andrew Schmitt was invited by Packet Pushers and Scott Wilkinson of ECI to participate in one of its weekly podcasts. While not well known in the service provider world, it is popular among the network engineers of small to large Enterprises. Each podcast has about 10,000 downloads per episode. Impact of US Technology Ban on ZTE

On April 16, the United States Department of Commerce announced that ZTE would no longer be allowed to import American technology products. While there is no shortage of media coverage of the ban, Cignal AI aims to provide you with unique insight. We have assembled our observations and conclusions on this remarkable event, and we share answers to some common questions we’ve received as it has transpired.

Each year, OFC showcases the most noteworthy developments in the optical industry, and this year was no exception. Companies utilized OFC as a venue to announce and demonstrate new products…

Each year at OFC, we have the valuable opportunity to hear from the network operators themselves to better understand their vision for the future network. This year, there were some…

When the conversation at OFC turned to short reach client optics, faster speeds were the central focus.  Several companies announced products and gave demonstrations of 400G capable technology. The 100G…

Trends in coherent technology generated enthusiasm among the participants at OFC 2018, and 400G ZR applications were of particular interest. Nokia and Infinera outlined next-generation coherent roadmaps, and Acacia and… Each year, there is at least one announcement at OFC which surprises the industry. In 2016, the announcement was the introduction of Inphi’s ColorZ, while in 2017 it was news…

Andrew Schmitt was the featured speaker on an investor call hosted by Troy Jensen of Piper Jaffray on February 21st. Forty-four participants listened in and posed their questions as Andrew… This is Cignal AI’s second ECOC 2017 brief, focused on news out of China. ECOC is one of the most significant conferences in optical networking worldwide. This year’s conference was held in Gothenburg, Sweden, and the event was well attended by the engineering community,… 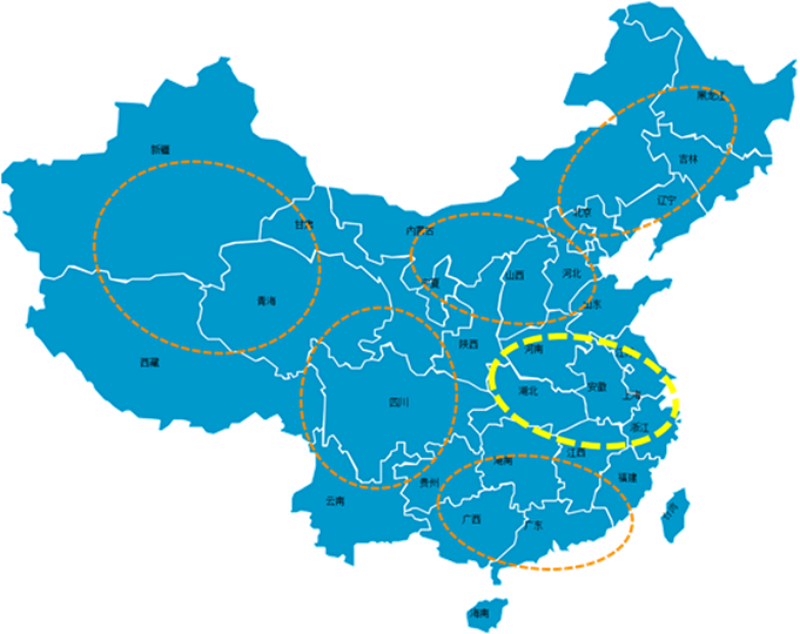 After much of the world already transitioned to all-optically switched ROADM networks, Chinese network operators are preparing to follow suit. Most networks outside of China used optical switching as early… In our final OFC 2017 report we discuss new product announcements on purpose-built datacenter hardware and components, and share our thoughts on market developments.

There was a new cult this year at OFC, the ‘Cult of Open.’ It formed from rising sentiment that the lack of interoperability of vendors in optical networks is a major…

400G Coherent and Beyond
Ciena had a blockbuster announcement at OFC 2017, but there was plenty of other interesting news to feast on. Cignal AI’s key takeaways concerning coherent…

The transition to 100G network speeds inside the data center is underway at every major hyperscale operator simultaneously, creating major industry bottlenecks. Despite QSFP28… Intel’s financial results provide useful insight into the economic activities of the Cloud and Colo market. Effectively all of the CPUs (and now FPGAs) used in data centers come from…

Andrew Schmitt gave an update on the optical equipment and component market during an investor call hosted by Troy Jensen of Piper Jaffray on Tuesday, October 4. Sixty-eight investors participated…. Andrew Schmitt presented at the ECOC (European Conference for Optical Communications) in Dusseldorf, Germany during the week of Sept. 19. No time was wasted during the trip as Andrew fit… Andrew Schmitt has returned from a week of meetings in Europe including three days at the European Conference on Optical Communications (ECOC). He spoke to a capacity crowd at the…

Acacia is scheduled to report earnings on August 11th, and this will be the company’s first quarterly report since completing its recent IPO. In April 2016, Cignal AI examined Acacia’s… Andrew presented the keynote presentation to kick off Next Gen Optical Networking in Nice, France on June 29th. His presentation was titled “Making Technology Decisions in a Challenging Environment”, and…

Andrew Schmitt created some excitement when he spoke about optical component and equipment market trends on a Piper Jaffray investor call on April 22. 83 investor clients were on the… Andrew presented “Metro DCI – What’s Next?” at the annual OSA Executive Forum before OFC 2016. His slides focused on the evolution of metro DCI and highlighted the opportunity for…

Component and equipment vendors outlined the investments they are making in anticipation of some service providers adopting open line systems or fully dis-aggregated optical systems. This is a contentious technology…

The optical networking world finally gets a close up view of Acacia’s performance as the company is filing for an IPO. The most recent S-1/A filing by Acacia includes 2015 financial details, which we review through the lenses of Cignal AI’s customer and market knowledge in order to create a fine-grained view of the company’s performance and qualitative outlook. This analysis includes a detailed projection of customer composition for 90%+ of revenue, market share within entire 100G market, and estimates of ASPs beyond what is included in public documents. USA Stops All Exports to ZTE

The US Commerce department just dropped a bomb on ZTE, requiring all US companies to obtain an export license if they wish to do business with the company. Article updated…

OFC is just a few short weeks away now, and some key themes are coming into focus for the conference. Registered users may read this article, no subscription required.Continue…